In conjunction with The Historical Fiction Book Club, I am so happy to welcome to my blog, Zenobia Neil during her author takeover of the group on December 7th!

If you wish to join the takeover, ask her questions, enter her contests – please join the group and follow the posts here: https://www.facebook.com/groups/historicalfictionbookclub/

Zenobia Neil was named after an ancient warrior queen who fought against the Romans. A lifelong lover of Greco-Roman mythology, she writes about the ancient world and Greek god erotica. An English teacher by day, Zenobia spends her time imagining interesting people and putting them in terrible situations. She lives with her husband, two children, and dog in an overpriced hipster neighborhood of Los Angeles. Psyche Unbound is her first book. Zenobia would love to hear what your favorite Greek myth is.

“The Queen of Warriors is a full-blooded adventure into the ancient and mythological world of the warrior queen, Alexandra of Sparta.  Imaginative, exciting, and alluring!” – Margaret George, author of Helen of Troy

Cursed by a Babylonian witch, Alexandra of Sparta is forced to return to a city she once conquered to make amends. There she is captured by the powerful Persian rebel, Artaxerxes . 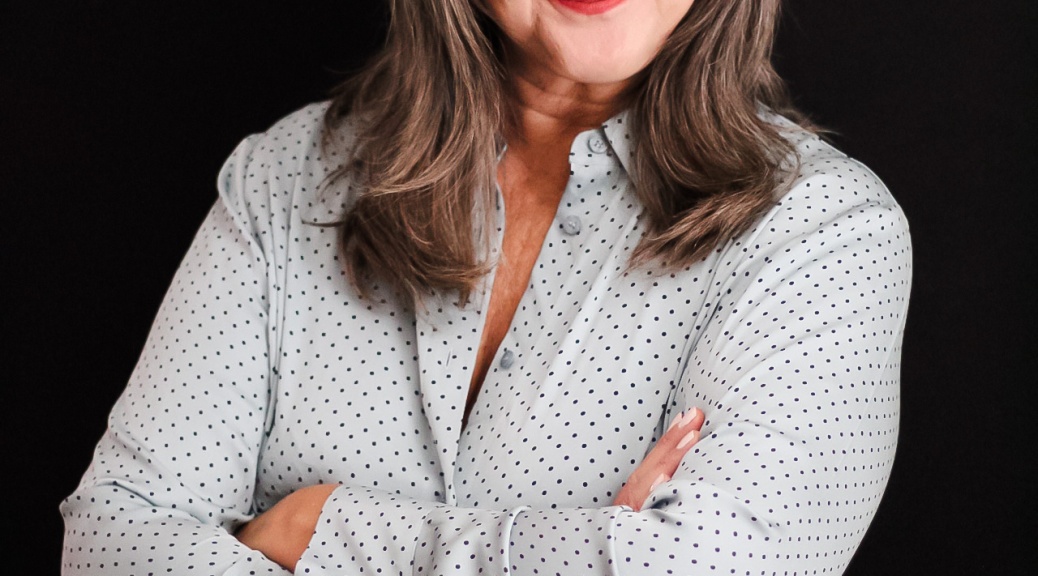 Visit the Facebook Group “The Historical Fiction Club” on October 26th to enjoy Autumn’s Author Takeover day filled with fascinating posts, giveaways, and a chance to ask her questions!!

Autumn Bardot writes historical fiction and more about fearless women and dangerous passions.
She has taught literature, writing, and the magic of words for more than sixteen years. Autumn was the guest author on Stoya’s Book Club, has an article on writing erotica in BooksbyWomen.org, and has been featured on several podcasts. She is currently writing her next novel and working on a series for new writers on her YouTube channel.

Autumn has a passion for history and a special affinity for the unsung courageous females that history neglects…or misunderstands. Autumn lives in Southern California with her husband and ever-growing family. She wishes she was one-tenth as brave as the women she writes about.

WRITING. AUTHORING. Exploring the power of words. Find quick tips and author advice. Discover how to amplify character, conflict, and emotion. Learn about the writing craft and bookish tricks. Welcome beautiful writers, I’m Autumn Bardot, author of traditionally and indie published books. Nine to date. Another on the way! I’ve taught writing and literary analysis for more than 16 years, so my approach to writing comes from both academic and real-life experience.

A young woman is swept into a life of intrigue, revenge, passion, and betrayal when she falls for the world’s most notorious prince, Vlad Dracula.

The year is 1464. King Matthias controls Hungary, his family, and the fate of the world’s most notorious political prisoner, Prince Vlad Dracula.

Ilona Szilágy, the king’s cousin, is young and ambitious. Dracula is determined to marry into the family. It is love at first sight, but the king has other plans. The Impaler Prince, however, never takes no for an answer.

This begins Ilona’s journey into the treacherous world of court intrigues, family betrayals, and her husband’s dark desires. Eager to become Vlad’s trusted confidant, Ilona soon discovers that marriage to a man tortured by his past comes with a price.

Woven throughout is a peek into the life and times of one of the world’s most enigmatic and maligned rulers…the man before the legend.

The Impaler’s Wife offers a fierce yet sensuous glimpse into the violent 15th century.

Prostitution required the violation of my body. Piracy required my soul. The first enslaved me. The second set me free.

A young girl is taken from her home and sold into slavery to a floating brothel. Xianggu begins as a servant, but soon her virginity is bought by the highest bidder. Ambitious and determined, she learns the business in hopes of earning her freedom from the madam. Her dreams are washed away when a midnight pirate raid changes her life.

Kidnapped by the notorious Red Flag boss, Xianggu embarks on a journey that demands beauty, brains, and brawn. But Xianggu must do more than learn to wield a sword, sail a ship, and swim across the bay, she must become indispensable to the pirate boss if she hopes to survive.  The winds, however, never blow in the same direction, and Xianggu must make a decision that requires her to battle jealous men, ancient prejudices, and her own heart.

The triumph of the notorious Zheng Yi Sao is a fierce and unflinching story of how a prostitute became the most powerful and successful pirate in the world.

In 18th century China, when men made and enforced the rules, the Dragon Lady lived by her own.

History claims she is the first female serial killer.

Locusta is the daughter of a winemaker in the Roman province of Gaul. She enjoys the indulged childhood of the elite, her concerns only about the day’s amusements. She rides gentle ponies, attends parties, reads Ovid, and learns the herbal arts from her servant. But the day after meeting her betrothed, Locusta discovers the consequences of possessing such dangerous knowledge.

Ordered to leave her pastoral life, Locusta is thrust into a world of intrigue, scandal, and murder—where treason lurks behind every corner and defying an emperor means death. Locusta’s life changes forever when a young Emperor Nero requires her herbal expertise and commands her to be his personal poisoner. Caught in an imperial web, Locusta must embrace her profession or die.

Or is there another way out?

The history books have nothing good to say about this woman. Or is that because men wrote her story?

Check out her book trailers here:

Brook Allen is a historical fiction powerhouse with her first novel, “Antonius: Son of Rome”, winning the gold for 2019 for Best Historical Novel from The Coffee Pot Book Club awards. Now, along with “Antonius: Second in Command”, the second novel in the trilogy, comes the third installment “Antonius: Soldier of Fate”.

Brook has a passion for ancient history–especially 1st century BC Rome. Her current work is a trilogy on the life of Marcus Antonius–Marc Antony, which she has worked on for the past fourteen years. The first installment, Antonius: Son of Rome was published in March 2019. It follows Antony as a young man, from the age of eleven, when his father died in disgrace, until he’s twenty-seven and finally meets Cleopatra for the first time. Book two, Antonius: Second in Command, will be published this fall and will detail Antony’s rise to power alongside the notorious Julius Caesar.

In researching the Antonius Trilogy, Brook’s travels have led her to Italy, Egypt, Greece, and even Turkey to explore the places where Antony once lived, fought, and eventually, died. While researching abroad, she consulted with scholars and archaeologists well-versed in Hellenistic and Roman history, specifically pinpointing the late Republican Period in Rome. Brook belongs to the Historical Novel Society and attends conferences as often as possible to study craft and meet fellow authors. Though she graduated from Asbury University with a B.A. in Music Education, Brook has always loved writing. She completed a Masters program at Hollins University with an emphasis in Ancient Roman studies, which helped prepare her for authoring her present works.

Brook teaches full-time as a Music Educator and works in a rural public-school district near Roanoke, Virginia. Her personal interests include travel, cycling, hiking in the woods, reading, and spending downtime with her husband and two amazing Labrador Retrievers. She lives in the heart of southwest Virginia in the scenic Blue Ridge Mountains.

Blurb: Marcus Antonius has it all—power, prestige, a heroic military reputation, and the love of Queen Cleopatra. But as master of Rome’s Eastern provinces and kingdoms, he must maintain peace, and in so doing, he sacrifices his own happiness, yoked within a loveless marriage and an eroding alliance. As Octavian’s star rises, Marcus must compete with his rival’s success, though it leads to an embittered struggle threatening to end their unity.
Once Marcus finally takes matters into his own hands, his fate becomes tied to the East—and Cleopatra. Far from Rome and his seat of power, a horrific campaign to fulfill Julius Caesar’s vision will forever alter him. He is a man torn between two countries and two families, and ultimately—a soldier fated to be the catalyst transforming Rome from Republic to Empire. 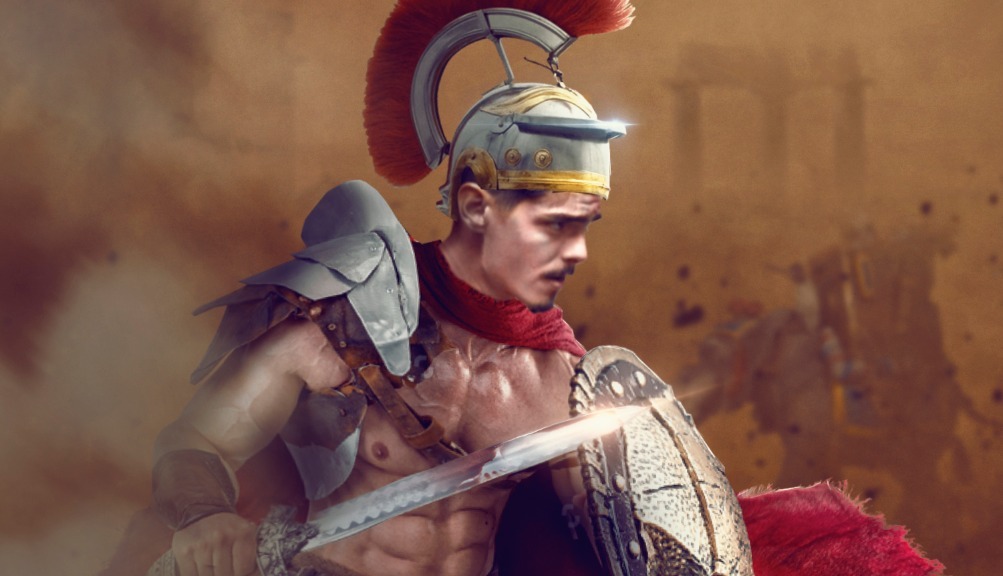 Who is this mysterious man?

He is just a dude who wishes he lived in Ancient Rome. Angelus is crazy about everything Roman to the point where he named himself based on a Pleb who might have lived during Roman times. He got attached to Roman history at a young age when he was exposed to non-fiction books about the wonders of the Roman Empire. When he’s not writing, he likes to watch YouTube videos and read books about Ancient Rome. Another time period that he’s fascinated with is the bronze age, he plans to do another series set in the mysterious bronze age.

Since he couldn’t afford a time machine, he decided to write a series in the LitRPG genre. He is a huge Caesar 3 fan along with the Age of Empires game series and wanted to combine the two into a novel. For those unfamiliar with the LitRPG genre, it’s basically a book written like an RPG video game to put it simply.

The first book in his series, The Great Centurion: Punic Wars will be coming this fall. It will have city building, land battles, a Roman who becomes an honorable general, naval battles, and even a bit of fun with women in togas.

Blurb for the upcoming book, The Great Centurion: Punic Wars

A LitRPG set on the Dawn of the Second Punic War. Legions and Elephants are only the beginning!

In the classical age of the Roman Republic, Victor Maximus a young roman is determined to be the next legendary soldier. Through determination and grit, he has impressed his superiors and becomes a great Roman general.

Victor finds himself in the middle of the Second Punic War between Roma (Rome) and Carthage, a period where the elephant riders have become hostile and threaten to break the peace treaty from the First Punic War. He’ll have to quickly hone his skills as a general, gain experience, and improve his abilities.

Victor will have to use the spoils of war to improve his arms and armor, construct forts, manage settlements, and lead his armies to victory while having to tread the borders of the Roman Republic. If he doesn’t succeed, he and his people may find themselves under the foot of a Carthaginian Elephant. Leading armies on land and epic naval battles, Victor will have to juggle everything along with his desire to make some fine female friends. That is despite the lovely women being in enemy lands and having to break the code of ethics set in Rome, by the Senate.

Prepare yourself for a story of the rough life of a Roman general as he becomes, The Great Centurion! This is a LitRPG set in the real world. As Victor will learn, not every battle is winnable, and being a general isn’t always glorious! There is a moderate to high amount of sexual references. This book is set in real life and the consequences are all too real.